Earth Day 2013 represents a turning point not only for Archangel Ancient Tree Archive, but also for the world. Earth Day is a time for people around the globe to support environmental protection. It is estimated that one billion people worldwide will participate where they live to make a difference for the environment. This Earth Day, Archangel will release into the world its collection of clones from the greatest coast redwood trees that have ever lived in an historic first ever global planting of champion coast redwoods to begin to rebuild healthy forests.

The coast redwood clones will be planted at nine locations on Earth Day in seven countries: Germany, Ireland, Wales, Great Britain, New Zealand, Australia, and in United States – California & Oregon. Locating these trees in multiple locations worldwide will help to ensure their chance of long-term survival in the face of climate change. Declining rainfall and snowpack, and higher temperatures are putting these trees under great stress in their native range. The worldwide locations were chosen as surrogates for the ideal type of climate projected 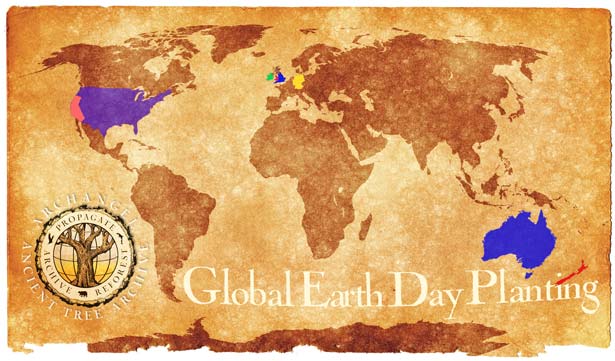 for the future to give these trees a greater chance for long-term survival. This practice is known as assisted migration, which allows with human intervention, a species to relocate to more favorable location in the face of our rapidly changing climate.

A four-year, $2 million effort to preserve the genetics from the greatest and largest living coast redwoods, and from the largest coast redwoods that have ever lived, is culminating in this global planting event. The team at Archangel scoured the 500-mile native coast redwood range from southern Oregon to central California. They collected genetics from not only the largest living coast redwoods, but also from stumps of the largest ever coast redwoods that were cut down over a century ago. Living material was collected from these trees and stumps and was returned to the propagation facilities in Michigan to begin the process of generating roots and then growing exact genetic duplicates of these champion trees. Intense research, trial and error, and great care went into this propagation process. 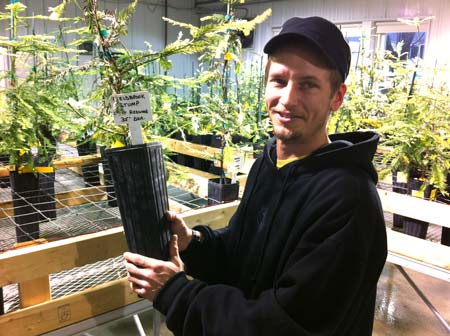 A new generation of trees with exact genetic duplicates of the “mother” trees are now growing in the Archangel nursery. Small in numbers, but immense in potential, these valuable “daughter” trees represent the best candidates to not only carry on the legacy of the mother trees, but will capture and store carbon from our atmosphere to mitigate the effects of climate change. These trees can grow 10 feet per year, and when mature, will contain some 400 tons of carbon per tree.

A small number of these daughter trees will arrive in each of the destination countries by April 22, 2013 for planting in Earth Day ceremonies. In nature, a mature coast redwood can produce at least 100,000 seeds annually, but the germination rate is very low. Since we are sending only a small number of trees, intense care by our human partners will be required to ensure these trees’ survival. Secure locations, properly planting in suitable soil and climate, regular watering, and monitoring for years will be required to ensure these valuable trees can become established enough to survive on their own.

The majority of the champion daughter trees remain in the Archangel nursery to provide the genetic material needed to propagate exact duplicates of millions of these trees through a process known as micropropagation. A minute amount of material from these still growing daughter trees is treated with a mix of hormones and supplements, placed in a growing medium, and then with proper care, temperature and lighting conditions will begin to grow and force roots. Each tiny spec of material will result in a new “granddaughter” tree with the exact genetics of the mother tree, for planting in the near future. This process can produce literally million of trees with champion genetics. When reintroduced into the environment, they can cross-breed with existing trees to strengthen the genetic makeup of our global forest. But most importantly, they will capture and store an immense quantity of carbon from our atmosphere at a time when this is desperately needed.

There are considerable safeguards in place in each of the host countries to prevent the transmission of invasive species and disease. Coast redwood trees are not considered to be an invasive species, partially because they take a considerable amount of care to establish, and do not spread easily. Painstaking attention to detail went into the 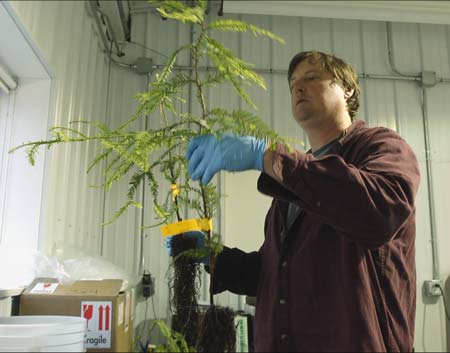 selection of each host country, and then to the preparation of each of the young trees. All soil was removed from the roots of the trees to comply with agricultural regulations. Our team sorted a tangle of paperwork and shipping regulations to ensure the swift and safe transport of the trees to their ultimate destinations.

We are grateful to our partners who have stepped up to participate in this global planting. We’d like to recognize their dedication, and enthusiastic support of this project, and to their long-term stewardship of these great trees. This global old growth reforestation is designed to be an integral part of ongoing sustainability initiatives within each of the local communities. Archangel looks forward to sharing more detail of the global planting in the very near future.

David Milarch and his lifelong efforts to reforest the world are the subject of a book by New York Times science writer Jim Robbins entitled The Man Who Planted Trees: Lost Groves, Champion Trees, and an Urgent Plan to Save the Planet. The book features the work and life of David Milarch, and documents the Archangel mission to clone the champion trees of the world –- the largest, the hardiest, the ones that have survived millennia and are the most resilient to climate change — and create a kind of Noah’s ark of tree genetics. Initially, many scientists and tree experts said it couldn’t be done, but now the Archangel 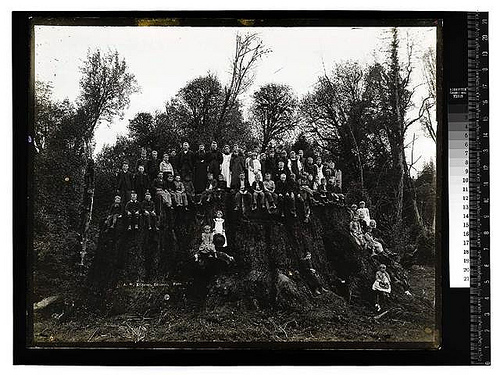 team has successfully cloned some the world’s oldest trees – including giant redwoods and sequoias. Among the dozens of unique individual tree clones to be planted in the global Earth Day planting will be a duplicate of the Fieldbrook Redwood – a giant tree cut down in 1890 that measured at least 35 feet in trunk diameter and would have surpassed the General Sherman Sequoia as the largest tree on Earth.

The mission of Archangel Ancient Tree Archive is three-fold: To propagate the world’s most important old growth trees before they are gone, to archive the genetics of ancient trees in living libraries around the world for the future, and to reforest the Earth with the offspring of these trees to provide the myriad of beneficial ecosystem services essential for all life forms to thrive.

[pl_blockquote cite=”Dr. Rama Nemani, Earth Scientist”]“It’s amazing for one layman to come up with the idea of saving champion trees as a meaningful way to address the issues of biodiversity and climate change. This could be a grass roots solution to a global problem. A few million people selecting and planting the right trees for the right places could really make a difference.”[/pl_blockquote]