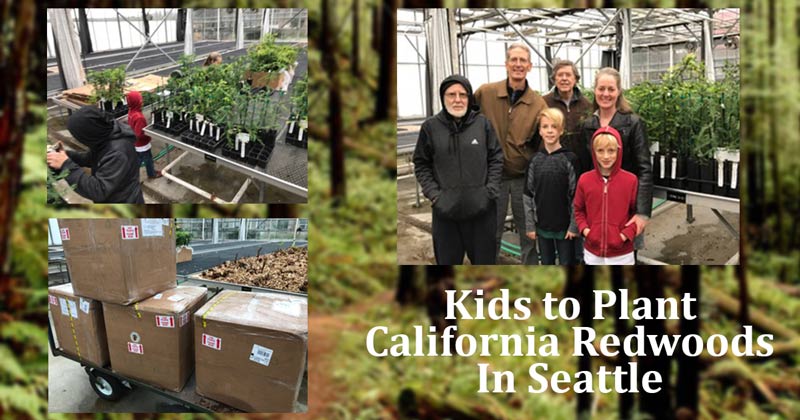 Redwoods cloned from giants in Coastal California are being planted in communities around Puget Sound to help preserve the species as the climate changes.

Saplings cloned from giant redwood trees in California are getting a new home in the Puget Sound area, starting with five planted amid song and ceremony this Saturday in Seattle.

Young people with Plant for the Planet Seattle, a nonprofit, youth-run climate-change group, will snug the saplings into the ground at Jefferson Park — just the first of 300 redwoods that will be planted around 26 Puget Sound communities through winter and into early spring.

I want to help!
Give Now!

The goal is to help the species of towering trees survive as climate change and drought challenge California.

The saplings were grown by the Archangel Ancient Tree Archive, a Michigan nonprofit saving the genetics of ancient trees by cloning and planting.

Philip Steilstra of Seattle, a retired Boeing engineer, helped instigate the planting. He was one of the first of the city’s tree ambassadors, a brigade of volunteers dedicated to tree stewardship and planting enough trees to restore Seattle’s tree canopy to 30 percent of the city’s area, from approximately 23 percent today.

Read the entire article at The Seattle Times