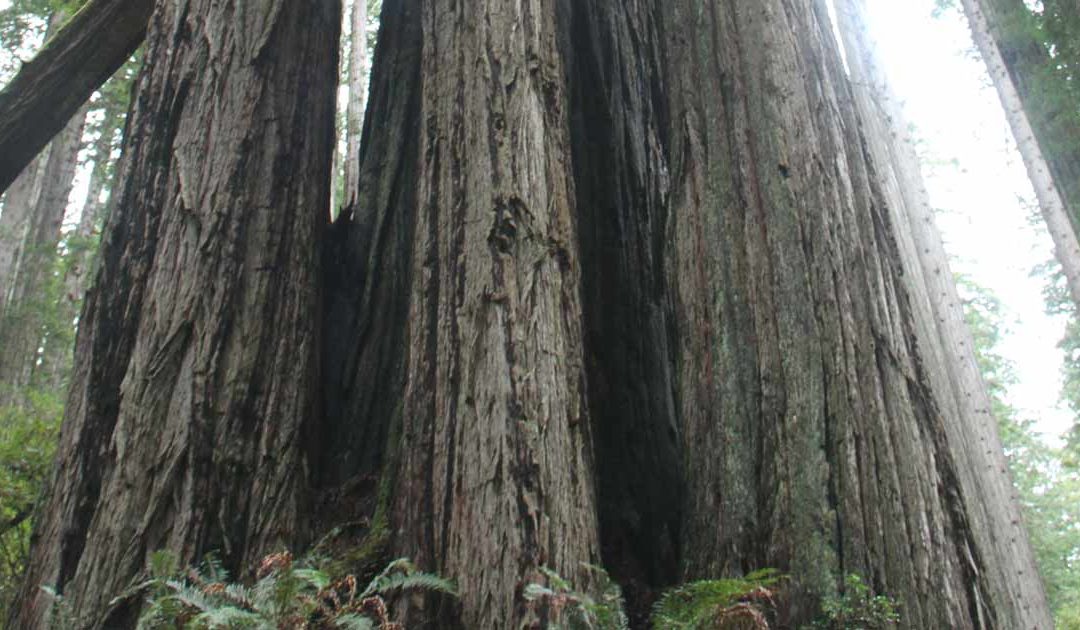 It was way too big for the average lawn, but still, it was magnificent. The giant coastal redwood tree was 35 feet across and may have stood as high as 400 feet. At that height, it was among the tallest living things on Earth when it met its saw-toothed end in the 1890s, reportedly to satisfy a rich man’s drunken bet over who could build the biggest table.

The resulting Fieldbrook stump, as it is known now, has been reborn, along with 130 other tree varieties that were the biggest and strongest of their breed. Saplings cloned from the stumps of the redwoods are taking root, thanks to an arborist whose near-death experience prompted him to start a nonprofit organization. Its mission: to reforest the world with the offspring of champion trees.

“We can rebuild old grove forests utilizing the genetics of the largest, oldest, strongest, proven-through-the-test-of-time giants,” said David Milarch, a third-generation Michigan arborist and founder of the nonprofit Archangel Ancient Tree Archive. “They will help us turn around this scourge that we face — the threat of climate change.”

The group’s most recent project, in December 2018, was to plant in a San Francisco park 75 coastal redwood saplings cloned from five different giant redwood stumps, including the Fieldbrook.

The coastal redwood, Sequoia sempervirens, is the world’s tallest tree, and the stumps of the trees Milarch and his group cloned were among the tallest of the tall. Where 200 feet is a common height and 500-800 years a common age, the parents of the cloned saplings were up to an estimated 400 feet tall and 3,000 years old.

Because of that lineage, the saplings have the chance to grow into a “super grove” of giant trees, he said.

Archangel Ancient Tree Archive, a 501(c)(3) nonprofit, works to propagate the world’s most important old-growth trees before they vanish. The archive estimates that more than 95 percent of such trees are already gone.

All plants, including your lawn, benefit the environment because they take in carbon and release oxygen. But redwood trees are the champions at it. Because of their size, redwoods perform this task, called carbon sequestration, better than any other plant on earth, according to a study published in February by forestry researchers from Washington State University and Humboldt State University.

Milarch’s team harvested brings the cuttings or seeds of the biggest and oldest trees they can find, and take them back to their lab in Copemish, Mich., where, depending on the species, they apply different techniques to coax them to root. They’ve cloned or grown seeds from 130 species of trees, he said.

In addition to propagating them, the nonprofit also archives the genetics of the species for future study.

“The redwoods we clone are 2,000 to 3,000 years old and no one knows how they did that,” Milarch said. “If people 300 years old were walking around the village, don’t you think science would be interested to find out why?”

Read the rest of the story at Lawnstarter.com