In the early 1880s, after one of his trips to Yosemite, Muir brought the tree back and planted it at his home in Martinez, California, now the John Muir National Historic Site. In an effort to save the tree and its connection to the famous naturalist, the park 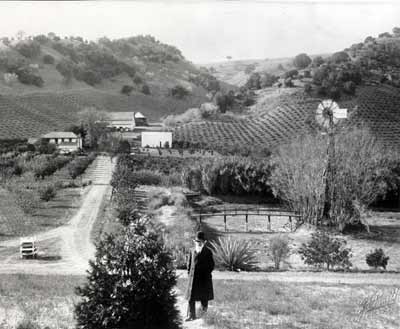 turned to the Archangel Ancient Tree Archive to clone the tree from cuttings at their state-of-the-art propagation facility in Copemish, Michigan.

Keith Park, horticulturist and preservation arborist at the John Muir National Historic Site, climbed the tree to collect cuttings for the cloning attempt and considers this an insurance policy. “I wouldn’t want to wait too long and risk losing the tree,” he said.

After the cuttings arrived back in April of this year, Tom Brodhagen, propagator with Archangel, described them as “healthy looking, green with pushed growth.” The challenges of this project are the age of the original tree and the diseases that came with it, Brodhagen said. “The fungal diseases are endemic to the region but we want to clean them up so they have a fresh start,” Brodhagen said. If successfully planted, the saplings would eventually likely become infected with the same fungal diseases. “On the face of it, it seems ridiculous to plant something that is doomed,” Park said. “But from a historic preservation perspective, things ought to be the same or at least resemble John Muir’s time here.”

Approximately 400 cuttings from the original tree were sent to Archangel Ancient Tree Archive. Since then, the staff has been hard at work trying to save this living connection to John Muir. The nonprofit group is dedicated to “historic botany” and reproducing the world’s oldest, largest and most meaningful trees.

Misted twice daily and given a cocktail of root-stimulating growth hormones upon their arrival, the cuttings were situated in the Archangel office, where co-founder David Milarch watched them from day to day. Since then, he has hoped that roots would form as it normally takes four months to a year before old- growth trees like sequoias establish themselves. Today, David Milarch announced sight of the first roots, indicating cloning success. Milarch, who also propagated President Theodore Roosevelt’s trees, couldn’t be happier with the work being done to save the trees of those responsible for the conservation of wild America.