Sequoias lay down roots in Michigan 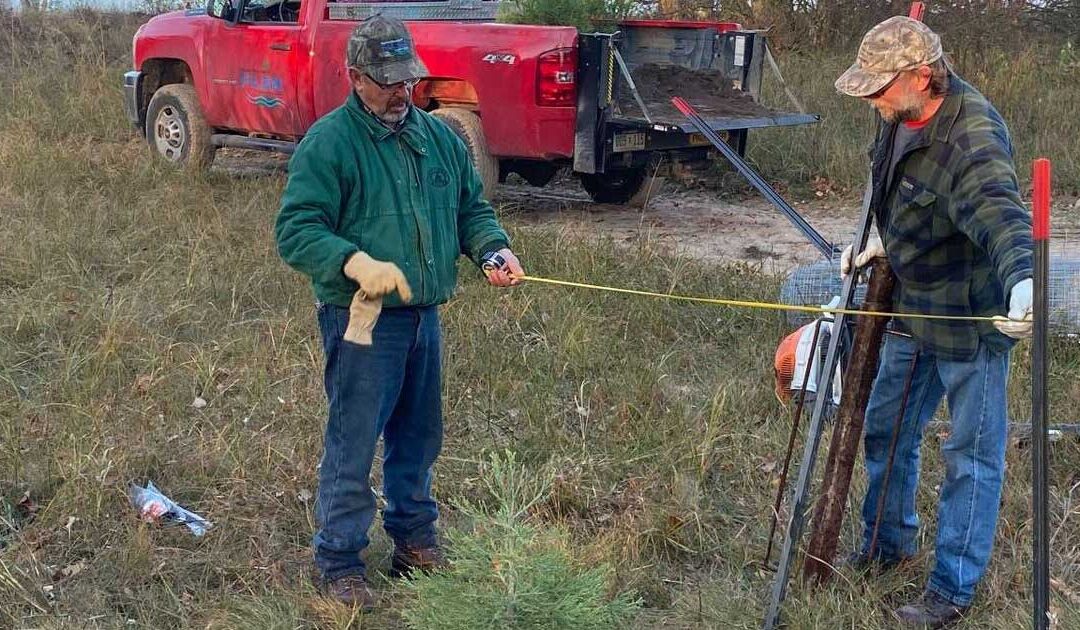 A common aphorism states that “a society grows great when men plant trees in whose shade they know they shall never sit.”

Though the origin of this saying is unclear, its sentiment can be seen in Filer Township, where five giant sequoia trees have recently been planted.

If given the right conditions and enough time, a sequoia tree can grow upwards of 250 feet tall.

The saplings planted at Magoon Creek Park (in Manistee County, northwest lower Michigan) are hardly giants. At about 3 feet tall, they could take centuries to reach maturity. The young trees join three other giant sequoias already in the county located at Lake Bluff Farms, 2890 Lakeshore Road in Manistee.

The trees were provided by Archangel Ancient Tree Archive, a nonprofit organization that locates and propagates some of the world’s largest and most iconic trees.

“Archangel had a number of these sequoias that were about 3-feet-tall …  and they would be available for planting in the area. (Zielinski) wanted to know if we would be interested in them — I said ‘for sure,’” Walker said.

Walker said that careful planning was put into deciding where to locate the trees at the park.

“They need a lot of sunlight, so we couldn’t plant them up in the actual park area where the pavilion and all the picnic tables are because there are just too many trees there,” Walker said.

Walker said he met with Don Smith, a board member for the ancient tree archive, at Magoon to plot out an open location where the trees could get sufficient light.

Bob Skiera, the township’s chair of buildings and grounds, and Paul Olen, a part-time employee, acquired five young trees from the tree archive in Copemish and later planted them on Nov. 1.

Walker said that growing the sequoias will be an ongoing commitment for several years.